Target is target of Windsor, Ontario May 5 rally 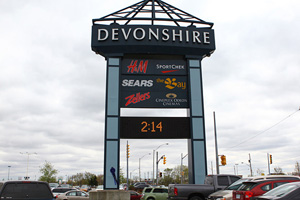 Hundreds of Windsor, Ontario residents, activists and long time Zellers customers will be heading to the city's largest shopping centre this May 5 weekend to Ask Target for Fairness. The rally is scheduled for 11 a.m., at Devonshire Mall.

The Zellers store at Devonshire Mall will be among the 24 locations where U.S. retail giant Target will open its first Canadian stores in the spring of 2013. Like at all Zellers stores across the country facing conversion, workers at the Devonshire Mall Zellers locations have been told they can reapply to work at Target, but there is no guarantee they will be rehired.  Even if they are rehired, they will have no seniority and will have to start at the bottom rate.

"Many of the Windsor Zellers employees have worked decades at their store, but that counts for nothing in Target's plans for Canada," says UFCW Canada national representative Kevin Shimmin. "The rally is a chance for the community to tell Target that folks in Windsor and across Canada won't put up with someone who mistreats their neighbours."

Windsorites — like tens of thousands of people across the country — are already very familiar with the issue because of a national campaign featuring Zellers workers on billboards, bus shelters and at http://www.targetfairness.ca . The Zeller workers' campaign asks Target to do the right thing and rehire former Zellers workers at their former rate of pay and seniority.

Zellers union members have been helping to organize the upcoming Windsor  rally and will be on hand with dozens of family members and neighbours. They will be joined by UFCW Canada activists, as well as labour allies affiliated with Windsor Labour Council.

Community members and supporters are encouraged to join the family-friendly event at Devonshire Mall at 11 a.m.