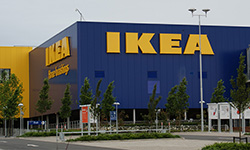 Toronto – September 15, 2014 – UFCW International Union is calling on IKEA to guarantee secure employment and good wages for its workers in the United States. As a Swedish-based company with thousands unionized employees across Europe, IKEA needs to start affording the same respect to workers in North America.

IKEA workers recently won a significant victory when the company announced that starting pay for its U.S. employees would be raised to an average $10.76 per hour, effective January 1, 2015. While this comes as a welcome improvement for new hires, IKEA needs to go much further to do the right thing. IKEA must provide full-time jobs for every worker who wants one and needs to increase pay for everyone, not just new employees.

Currently, thousands of IKEA workers with years of experience may not receive any increase in pay at all. Full-time jobs are hard to come by, making it difficult to make ends meet for many IKEA employees and their families. Investing in its workers will make IKEA a better place to work, a more successful company, and a more ethical place to shop.

As Canada’s best union for retail workers, UFCW Canada is calling on our members, activists and allies to support this important campaign and send a message to demand IKEA starts playing fair with its workers – TAKE ACTION NOW.