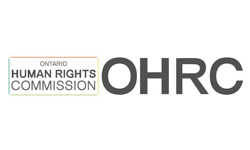 Toronto – December 12, 2014 – The Ontario Human Rights Commission (OHRC) has issued a statement regarding a recruitment program run by the federal government, in the wake of data pointing to the systemic exclusion of hiring women. The Seasonal Agricultural Workers Program (SAWP), administered by the federal government, brings more than 18,000 seasonal agriculture workers to Ontario annually — almost exclusively men.

On December 10th, the OHRC issued a position statement on discrimination on the basis of sex in recruitment for the Seasonal Agricultural Workers Program; warning that gender discrimination was a human rights violation. “Migrant workers are protected by many of the same laws that protect other workers in Ontario, including the Ontario Human Rights Code,” wrote the OHRC in its statement. “This means that employers cannot refuse to hire a person because of their sex or other Code-protected grounds and that they cannot include discriminatory preferences in the hiring process. The protection against discrimination in employment extends to all aspects of the employment relationship: recruitment and selection processes, terms of employment, and the termination of the employment.”

The OHRC action followed a request filed by UFCW Canada for an inquiry into systemic gender discrimination under the SAWP. UFCW Canada has been a long-time advocate for migrant agriculture workers, and in association with the Agriculture Workers Alliance (AWA), operates migrant worker support centres in a number of agriculture communities across Canada.

“The numbers essentially speak for themselves. What they say is that the federal government condones gender discrimination in recruiting for the SAWP,” says UFCW Canada National President Paul Meinema. “Gender discrimination is a human rights violation that is illegal and indefensible.”

“Migrant agriculture workers make a tremendous contribution to our community and to our food security,” says the UFCW Canada leader. “They are not at fault here. That lies with the federal government which repeatedly ignores the human and labour rights of migrant and temporary foreign workers.”