Renewing our resolve for fairness 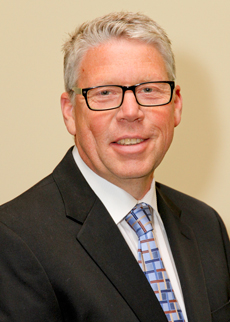 Toronto – December 22, 2014 – As one year ends and a new one begins, we renew our resolve to make good things happen for our families and for our communities. As the leader of Canada's leading union, I am proud and inspired by the tremendous positive impact that UFCW Canada members and their Local Unions made in 2014, at workplaces and in neighbourhoods across the country.

Our unity as a workers' organization and as a force of social justice made many good things happen in 2014. Thousands of workers were supported in their efforts to bring a union to their workplace, and we welcomed their success and the strength they brought as new UFCW Canada brothers and sisters. Our voices were strong throughout the year in advancing the issues that are so important to working families like universal childcare, parental leave, CPP reform, and workplace safety.

The united goodness and compassion of UFCW Canada members and Local Unions also shone through in 2014, who together raised over $2.6 million for the life changing work of the Leukemia and Lymphoma Society of Canada. The spirit of community resolve was also echoed in the voices and action of thousands of UFCW Canada members calling for workplace fairness – not just for themselves, but for all working families whose hopes, goals, and rights have been ignored by ultra-conservative governments. Those voices have helped ignite a conversation that is building momentum to return fairness as the foundation of a Canada that works for all.

We should be optimistic, for we know that when good people join together, good things happen. That is our history as a workers' organization and champion of fairness and equality. That is our commitment to the year ahead – to stand united in our diversity as an inclusive union and force of social justice in the workplace, community and across the great country we all share.

To you and your family, best wishes for the season and for the New Year ahead.