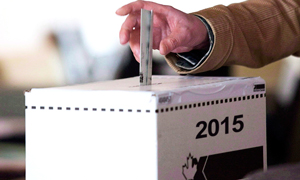 Toronto – January 5, 2015 – After nine years of scandals and cynical policies from Stephen Harper's Conservative government, it is clear that Canadian voters have grown weary of the Conservatives' ideological, secretive, and undemocratic approach to governance, and are ready for change in Ottawa.

From its attacks on workers, to its approval of the disastrous Canada-China free trade deal, to its utter contempt for our electoral rules and the conventions of Parliament, the Harper government has demonstrated that it is more concerned with implementing a dogmatic, right-wing agenda than addressing the needs and concerns of Canadians.

A shining example of this divisive approach is the Conservative government's attack on workers and their unions, Bill C-377. The bill would force unions and other labour organizations to provide financial statements to the Canada Revenue Agency for publication on a public website, even though these statements are already made available to union members.

Experts say Bill C-377 would burden unions under mountains of paperwork, threaten the privacy of pensioners, and violate the Constitutional rights of union members. Nevertheless, the Harperites are trying to push this anti-worker, anti-union, and unconstitutional bill through the Senate with little to no debate.

That a majority of Canadians hold favourable views of labour unions, and nearly one in three workers in Canada belongs to a union, does not matter to the Harper team – they are resolutely focused on using Bill C-377 to weaken unions regardless of any political implications.

Another example of the Conservatives' intransigent and clandestine approach is their handling of the Canada-China Foreign Investment Promotion and Protection Agreement (FIPA). As a longstanding advocate of free trade at any cost, the Harper government recently ratified the FIPA without any public or Parliamentary debate.

FIPA is a free trade agreement that protects Chinese investment in Canada from laws and regulations passed by governments in Canada, and it allows Chinese investors to sue Canada for unlimited damages if our governments make decisions that put Canadian interests first.

Critics point out that the deal overrides existing treaty obligations to Canada's First Nations by enabling China to force the Canadian government to grant Chinese investors access to Aboriginal lands. And unlike with NAFTA, which allows parties to opt out with six months notice, Canada is locked into FIPA for 31 years and has to give 15 years notice to get out. How this will benefit Canada, we are not told.

Finally, Canadians are becoming increasingly aware of and disturbed with the undemocratic methods that the Harper Conservatives have used – and continue to use – to pursue their agenda. Whether it is their proroguing of Parliament, the 2011 robo-call scandal, the lack of transparency surrounding the F-35 procurement process, or the use of massive omnibus bills to enact controversial legislation, the Harper government has shown an alarming contempt for democracy by running roughshod over Canada's electoral rules and Parliamentary conventions.

Canadians deserve better than Stephen Harper's tired, vindictive, and scandal-plagued regime, and that is why it will be crucial for progressive-minded citizens to come together in the 2015 Federal Election to defeat the Conservatives. To that end, UFCW Canada will be working with our allies to elect a forward-thinking government that is committed to evidence-based policy making and transparency. In 2015, let's put the disastrous Harper era behind us.