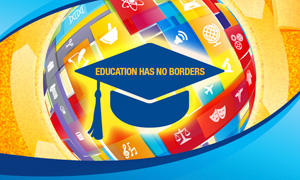 Toronto – May 8, 2015 – Sonia Aurora Can Pop, age 9, is a recipient of the 2014 UFCW Canada Migrant Workers Scholarship. Sonia was nominated by her father Alejandro Can Caz, who since 2010 has worked in Quebec as a migrant agriculture worker through the Temporary Foreign Worker Program.

Growing up in rural Guatemala, Alejandro worked on a farm cultivating corn, coffee, watermelon and beans before coming to Canada.

Alejandro takes great pride in speaking of his family. He and his wife of 22 years have five children ranging in age from 9 to 21. Due to life's circumstances, his oldest son, Humberto, had to leave school after sixth grade to help cover the family's basic needs. Alejandro has managed to buy land and build a better home for his family with the money he has earned throughout the past four years from working in Canada.

Alejandro first met a UFCW Canada representative from the Agricultural Workers Alliance in 2010, who accompanied Alejandro to the hospital when he fell ill, and assisted with the translation with the medical staff.  Alejandro is very grateful to the AWA Centre staff for their time and dedication to him and his fellow workers.

The $500 scholarship will be used to pay for Sonia's school supplies and tuition in Guatemala. Alejandro is hopeful that one day his family may see more possibilities for their future in Canada and extends his gratitude for this scholarship initiative to UFCW Canada, and for the opportunity it has given Sonia to pursue her education.

Since 2010, Canada's union for agriculture workers has received over 15,000 applications for the Migrant Worker Scholarships program and has now awarded scholarships to over 65 children to benefit their educational pursuits in their home countries.