Day of Action for Mining Justice – May 12 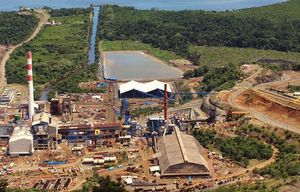 Toronto – May 11, 2015 – UFCW Canada and labour unions across the country are recognizing May 12 as the official Day of Action for Mining Justice.

As part of the Day of Action, our union is calling on the Canadian federal government to act on its international human rights obligations by opening our country's court system to victims who have been harmed by Canadian mining companies overseas.

We are also calling for the creation of an independent ombudsperson who would have the power to investigate allegations of wrongdoing and offer remedies for workers and communities who have been negatively impacted by Canadian-owned mines.

For the May 12 Day of Action for Mining Justice, UFCW Canada is asking all members, staff, and allies to spread the word about this important issue by visiting the Canadian Network on Corporate Accountability (CNCA)'s website to get involved in their "Open for Justice" campaign.

Activists are also encouraged to sign Amnesty International's open letter calling for workers' access to Canadian courts and the creation of an extractive sector ombudsperson, and you can support the "Open for Justice" social media campaign by taking part in a thunderclap action that will coordinate a mass tweet on this issue on May 12.