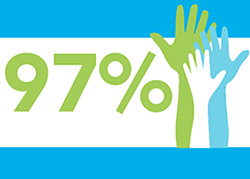 Toronto – May 25, 2015 – The union negotiating committee representing 28,000 Ontario members working at Loblaw Companies Limited will return to the bargaining table this Tuesday — backed by an overwhelming mandate from the membership to take strike action if a fair contract is not reached.

"Loblaw is the number one grocery retailer in this country because of the hard work and sacrifice of the members," said Pearl Sawyer, President of UFCW Canada Local 1000A and Chair of the Union Negotiating Committee. "The company needs to recognize the valuable role their colleagues play in achieving that success. They have assisted the company in its restructuring over the last several years and now it's time for them to share in that success."

UFCW Canada Locals 175 & 633 and 1000A are participating in Solidarity Bargaining. Strike votes were taken across the province from May 12 -14, after it became clear that roadblocks to achieving a fair contract still remained.

"With this resounding strike vote, the members have sent a clear and strong message to the company that they support their negotiating committee and are willing to do what is needed to get a fair contract," said Shawn Haggerty, President of UFCW Canada Local 175.

The Union Negotiating Committee is calling for fair wage increases, reliable work schedules, benefit improvements and limits on third party providers. For the latest information on the negotiations, visit www.ufcw175.com and www.ufcw1000a.ca.