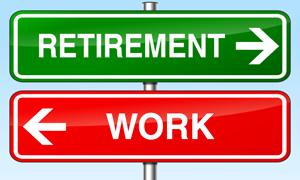 Vancouver – July 3, 2015 – A new survey has found that more than half of Canadians either plan on easing into retirement by working reduced hours or have no plans to retire at all.

The HSBC report found that 45 percent of working-age Canadians expect a period of 'semi-retirement' before completely retiring, while another 15 percent do not expect to fully retire.

Many older Canadians are facing financial challenges as they attempt to balance saving for retirement with paying down record levels of debt. The current Conservative government also refuses to increase Canada and Quebec Pension Plan benefits, which will hamper the ability of current and future generations to retire with dignity and economic security.

Earlier this year, a Statistics Canada report revealed that the ratio of household debt to disposable income hit a new high in 2014, with the average Canadian household owing $1.63 in unpaid loans and consumer credit for every dollar of disposable income.

The full HSBC report, entitled The Future of Retirement: A Balancing Act, can be read here.