Working towards fairness in 2016 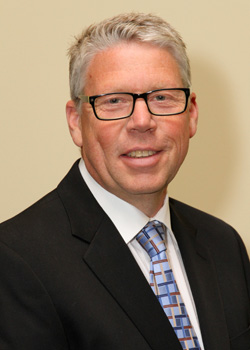 Toronto – January 4, 2016 – As the national president of Canada's leading and most progressive union, I am very proud of the outstanding work that UFCW Canada members, staff, and local unions conducted in 2015, and I am confident that our hard work and achievements over the last year have put us in a stronger position to build more fairness for workers in 2016.

This past year, through strong organizing and an unwavering commitment to improve bargaining strength, we brought the union advantage to more workers by welcoming hundreds of new members to the UFCW Canada family. We did this by winning breakthrough victories at a number of food retailers and processors, hotels, security firms, and other companies across the country, from coast to coast.

We also shaped the national dialogue around what it means to have a good job in this country, including the need for workers to have the schedule that they want in order to build a better life for themselves and their families. As one example, UFCW Canada Local 1000A successfully negotiated scheduling for part-time Loblaws workers that is more predictable and family-friendly, and the local was praised for its efforts in the Toronto Star this past summer.

In addition, UFCW Canada engaged with members and the public on the issues that most directly affect their lives, such as the need for affordable child care, retirement security for everyone, strengthening women's rights, and closing the gender wage gap.

Our union also achieved several victories in the political arena, helping to elect Alberta's first-ever NDP government and securing health and safety protections and the right to unionize for domestic and migrant farm workers in that province.

As well, UFCW Canada activists played a crucial role in defeating the Harper Conservatives in the 2015 Federal Election. While the election of a Liberal majority government was not the result we had hoped for, our union succeeded in moving the national political discussion to the left, ending the Harper era, and sending dozens of New Democrats back to Ottawa.

This year, UFCW Canada will continue working to negotiate industry-leading contracts while striving to help more workers join the union. We will be holding the Trudeau government to account on its commitments to repeal the anti-worker Bills C-377 and C-525 and expand the Canada Pension Plan (CPP). Our union will also be pushing the government to honour its promises to enact the recommendations of the Truth and Reconciliation Commission and implement the United Nations Declaration on the Rights of Indigenous Peoples. And we will carry forward with pride our humanitarian responsibilities to the victims of the Syrian conflict by doing our utmost to support the resettlement of Syrian refugees in Canada.

On behalf of UFCW Canada, I would like to extend to you and your loved ones our best wishes for a happy and healthy new year. Together, we will bring more fairness to workers and their families in 2016.