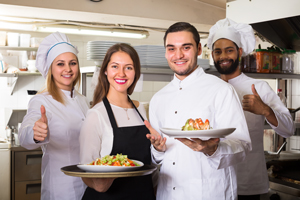 Ithaca, New York – January 25, 2016 – A new study has found that a modest increase to the minimum wage would not negatively affect the restaurant industry.

The study was conducted by the Cornell University School of Hotel Administration and investigated wage scenarios of tipped and non-tipped establishments over the course of a decade. It found that the number of restaurants and restaurant employees did not fall over time in parts of the United States that legislated minimum wage increases.

The findings of the study are a revelation in an industry where the common rhetoric is that such increases would require restaurants to reduce staffing, raise prices to offset reduced revenue, or both.

The 17-page study revealed that increases to prices have not decreased demand or profitability enough to decrease the number of restaurant establishments or the number of their employees.

"There is no doubt that restaurateurs face higher expenses as a result of minimum wage increases, but if restaurants are raising prices to compensate, those increases do not appear to decrease demand or profitability enough to sizably or reliably decrease either the number of restaurants or the number of employees," says study co-author Michael Lynn.

"The industry may be justified in opposing immediate, large hikes in the minimum wages, but data do not support opposition to all minimum wage increases," adds Lynn.

The full study can be read here.