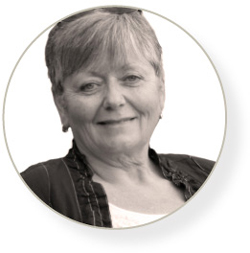 Winnipeg – February 6, 2016 – Susan Hart-Kulbaba, a former UFCW Canada Local 832 negotiator and the first woman president of the Manitoba Federation of Labour (MFL), has been awarded the prestigious Nellie Award by the Nellie McClung Foundation and Winnipeg Free Press for her lifelong activism in fighting for social justice and gender equality for working Manitobans, as well as her efforts to improve diversity within the province's labour movement.

The Nellie Awards recognize and honour women whose endeavours model the spirit and advance the legacy of women like Nellie McClung, who fought for the right of women to vote.

Sister Hart-Kulbaba began her career as a member of the Retail Clerks Union, which later merged with UFCW. She was then hired as a staff member by UFCW Canada Local 832 and, as a delegate to the 1983 MFL Convention, helped convince the MFL to actively participate in the pro-choice movement in support of women's reproductive health care rights.

In 1985, Susan became the first Federation Coordinator (now called the Executive Director) of the MFL. During her tenure, she was a driving force in the campaign to dedicate three of the MFL’s executive council seats to women vice-presidents, ensuring that women’s perspectives would be included in the Federation's policy discussions and decision making.

In 1989, Sister Hart-Kulbaba became the first woman elected to the Presidency of the MFL, where she acted on her passion for strengthening the voices of women within their unions and the labour movement in general. Throughout her six-year tenure, Susan was a strong supporter of numerous campaigns aimed at improving the lives of women, including efforts to advance affirmative action, obtain pay equity, and make unions more women-friendly.

Sister Hart-Kulbaba also devoted much of her career to creating space within unions and the MFL for Aboriginal workers, new Canadians, and other equity-seeking groups, which resulted in the expansion of the MFL Executive Council to include Vice-President seats for Aboriginal workers and workers of colour.

As well, Susan was cognizant of the need for organized labour to reach beyond its ranks to form mutually beneficial relationships with community groups in order to realize its social justice goals. Accordingly, she led the MFL into coalitions with organizations such as the Manitoba Childcare Coalition, the Gay and Lesbian Resource Centre, and the Coalition for Fairness, among many others.

Sister Hart-Kulbaba ended her career as a negotiator with UFCW Local 832, retiring in 2014 after working more than thirty years as a dedicated labour and social justice activist. As the Winnipeg Free Press notes, she "devoted her personal and professional lives to the eradication of gender-based discrimination," while fighting to advance "workers’ rights and social justice for all."

UFCW Canada would like to congratulate Susan on winning a 2016 Nellie Award.