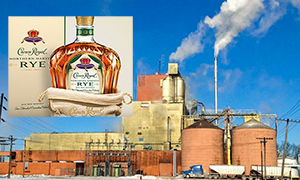 Gimli, Man. – April 26, 2016 – UFCW Canada Local 832 members working at the Diageo distillery in Gimli have mutually agreed to end their strike by a vote of 56 percent. Outstanding issues in the contract negotiations between the union and the employer will now be dealt with by an arbitrator.

The distillery produces Crown Royal Whisky. Local 832 members had been on strike since March 5.

The ending of the strike will speed up the Alternative Dispute Resolution process that would have commenced on Day 61 of the strike. Workers began to return to work on April 25. An arbitrator is expected to be selected within ten days and will hear submissions from both sides in the next thirty days. Details of the agreement will be provided once the arbitrator has ruled on their decision.