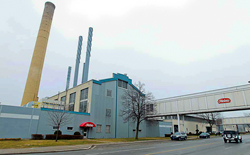 Leamington, Ont. – May 9, 2016 – UFCW Canada members are saying farewell to the UFCW Canada Local 459 Action Centre, but its legacy lives on through the comprehensive support and training it provided to members who used to work at the Heinz production facility in Leamington.

UFCW Canada Local 459 created the Action Centre in the fall of 2013 with funds it bargained from the company as part of the closure agreement, as well support from the Ontario government. Throughout the life of the Action Centre, over 500 members received help with mastering their resumes and received training courses on job search strategies and job interview skills.

Through the assistance of the UFCW Canada Local 459 centre, more than 87 per cent of the workers have found new jobs. Some were hired by Highbury Canco, the food processor that purchased parts of the former Heinz operation (workers at the Highbury Canco plant are UFCW Canada Local 175 members, following a merger with Local 459 in April). The plant employs about 400 members.

With skills learned through the centre’s entrepreneurial programs and accounting courses, more than 40 other former Heinz workers started their own businesses. Others have returned to school to upgrade their job skills or learn a new trade. The UFCW Canada Action Centre also lent a helping hand in assisting some members to acquire a high school diploma equivalency, while other former members at Heinz were able to receive driver’s training for DZ licenses with assistance from local trucking companies.

While the Leamington Action Centre has closed, its impact will not be forgotten as vital resource to help members secure new jobs and plan for the next chapter of their lives.