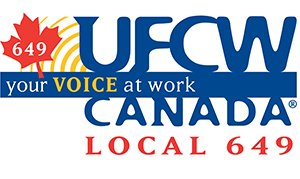 The new four year-agreement covers over 400 Local 649 members and features a number of improvements including annual wage increases over the term of the agreement and retroactive pay to November 2015.

The contract also includes improved vacation language, and reduces the sunset clause from 30 months to 24 months. There is also a new safety boot allowance and on call payments for drivers in the propane department.

"The union negotiating committee worked hard to ensure that they got a fair contract for all members," says UFCW Canada Local 649 President Terry Harris. "We are thankful to the membership for their support, participation and patience throughout the process of contract negotiations."