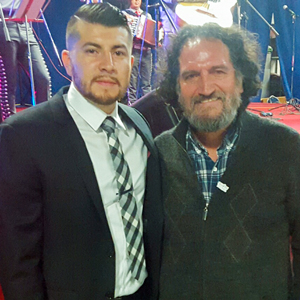 Since its inception, Radio Voces has been a staple in the Toronto Latino community, as the station dedicates itself to enhancing the lives of community members by focusing on important human rights and social justice issues. As a longstanding supporter of the station, UFCW Canada has collaborated with Radio Voces on a number of projects throughout the years, including labour activism radio segments and organizing community workplace rights events. The station is also a strong advocate of UFCW Canada-led initiatives such as Students Against Migrant Exploitation (SAME) and the Agriculture Workers Alliance (AWA).

At the gala, UFCW Canada National Representative Pablo Godoy spoke about the importance of supporting community initiatives like Radio Voces, and also discussed UFCW's engagement with the station and the broader Latino community.

"UFCW Canada’s collaborative work and relationship with Radio Voces has served to educate and empower workers of all backgrounds, and it is integral that we maintain and strengthen this relationship going forward,” Brother Godoy told the audience.

In addition to collaborating with Radio Voces on various projects, radio segments, and community events, UFCW Canada has also supported the station’s Caravan of Hope program, which aims to assist those who have been affected by poverty in Central and South America.