Guest column: Bill C-16 is an opportunity to advance trans rights in Canada 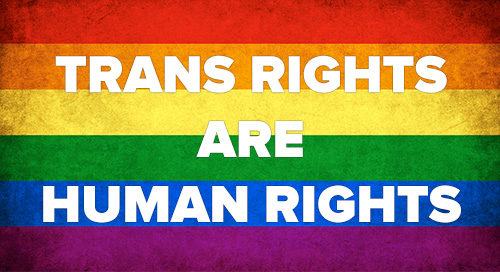 When I was growing up, I was never scared to express who I was, and I don’t want my children growing up in fear that they will be judged for the gender that they identify with. So I’m encouraged that the federal government has introduced legislation to protect transgender Canadians from hate crimes and discrimination.

Bill C-16, now in second reading, would make it illegal to deny a person employment based on their gender identity or expression, or discriminate against a transgender employee in the workplace. The bill would also amend the Criminal Code to protect transgender individuals from hate propaganda, which is very important given that trans Canadians experience alarming levels of hatred and violence.

Evidently, legislation is needed to protect transgender Canadians from hatred, violence, and discrimination, and that’s where Bill C-16 comes into play. The bill would aide in preventing workplace discrimination and hate speech directed towards trans individuals, and would therefore mark a significant step forward for trans rights in Canada.

Regrettably, Bill C-16 is the seventh attempt to pass legislation aimed at protecting trans citizens from hate crimes and discrimination, as all previous efforts have failed. But the bill’s introduction is the first time that a sitting government has tabled such legislation. And while there is still a chance that Conservative Party senators will try to block Bill C-16 in the Red Chamber, there seems to be a growing consensus that this bill needs to be passed.

And indeed it does. As transgender celebrity Caitlyn Jenner recently stated, “trans people deserve something vital. They deserve your respect. And from that respect comes a more compassionate community, a more empathetic society, and a better world for all of us.”

You can do your part to ensure that Bill C-16 passes second reading, and moves one step closer to becoming law, by signing the Care2 petition in support of the bill. Sign the petition today to support transgender Canadians’ acceptance and safety in our society, and to remind our elected officials that all expressions of gender are worthy of protection against hate and discrimination.

By making our voices heard on this issue, we can seize a historic opportunity to advance trans rights in Canada, and help create a country where hatred toward the transgender community is no longer tolerated.

Taylor Duckworth is a 21-year-old student who is currently completing her Bachelor of Public Relations degree at Conestoga College. A self-proclaimed feminist, Taylor is passionate about women’s issues, the environment, and LGBTQ rights.