Debunking myths about postal employees and their work 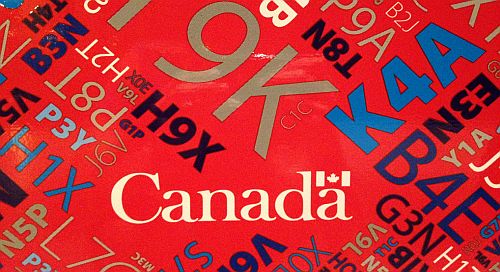 When I was a kid, I remember running to the mailbox each day, checking to see if I had received a letter back from my friend. How times have changed. We basically no longer send letters to friends, except for the odd Christmas card or wedding invitation. But does that mean mail is dying?

In the modern age of technology, we can now pay our bills online, and our paycheques are directly deposited into our bank accounts. As a result, many Canadians believe that mail is a thing of the past. And with a possible strike looming at Canada Post, that’s potentially bad news for mail carriers who belong to the Canadian Union of Postal Workers (CUPW).

Worse still, it is not uncommon to hear people say – on social media, in public, in newspaper articles – that letter carriers are lazy, greedy, and overpaid. But, in reality, postal workers have a very difficult and sometimes grueling job.

Letter carriers perform physically demanding work that requires them to walk over 16 kilometres in an average day. When you add the weight of 20 to 30 pounds of mail, varying weather conditions, and numerous obstacles like stairs and pets, it becomes clear that being a postal worker is no walk in the park.

Moreover, mail is far from dead. Although direct mail is in decline, elderly people still receive letters and other forms of direct mail on a regular basis, and the growth of online shopping has kept small parcel shipments going strong. In fact, 2 out of 3 parcels that are ordered by Canadians online are delivered by Canada Post. That means the online shopping you do on Amazon and eBay is brought to you by Canada Post, and well-known brands like Dynamite and Garage use Canada Post to ship their items to customers.

According to Canada Post’s 2015 Annual Report, the crown corporation generated $6.3 million in revenue last year. And contrary to popular belief, the company’s operational expenses, and the wages that it pays to its workers, are paid for by the revenue that Canada Post generates from stamps, parcel delivery, direct marketing, and other activities.

Lastly, it’s important to keep in mind that letter carriers don’t just deliver mail. They also take care of their customers, from monitoring peoples’ houses when they are on vacation to checking up on the elderly. Most carriers like their customers and develop a personal relationship with them. Quite simply, postal workers are an important part of our communities.

So, if Canada Post workers happen to go on strike this summer, or if they are locked out by their employer, try to remind yourself of the integral role that they play in our society. Instead of standing against postal workers, based on misinformation generated by the mainstream media, stand in solidarity with them. Take the time to listen to mail carriers and gain a different perspective on the matter. Postal workers are citizens like you and I, just trying to make a living for themselves and their families. Instead of belittling their hard work, we should recognize that a strong and compassionate postal service makes for a better Canada.