Ontario is reforming its labour laws. Will you make your voice heard? 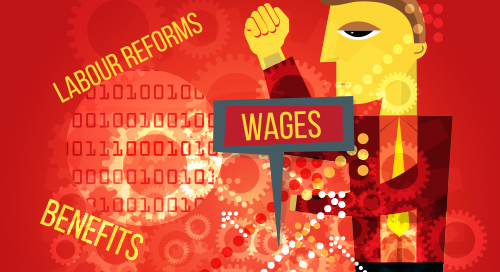 By now the story is a familiar one: more and more young people are working in precarious, non-unionized jobs with little to no control over their working conditions and hours. They want to see change, but they fear being penalized or terminated for speaking out. So it’s encouraging to see the Ontario government reaching out to citizens to determine how we can reform our labour laws to address the realities that countless workers – and youth in particular – find themselves in today.

It has been twenty years since the province’s labour laws were last reformed in a comprehensive manner. However, after holding several public consultations, and hearing from workers and labour unions from across the province, the Ontario government has published an interim report called the Changing Workplaces Review. The report outlines a framework for improving the province’s employment laws, and helping more workers obtain collective bargaining rights.

So why should young workers care about this review? In short, because of the promise it holds. Unlike so many other “labour law reviews” in the Western world, the process that the Ontario government is embarking on seems to be genuinely focused on strengthening and enhancing our labour laws, rather than gutting them.

Based on the conclusions outlined in the Changing Workplaces Review, there appears to be a real chance that unpaid interns in Ontario could finally receive a salary for the hard work they do. The government is also talking about providing “protection(s) to vulnerable workers and those in precarious work situations.” The review further acknowledges that Ontario’s declining rate of unionization can be partly attributed to the province’s outdated organizing laws. And it explores the possibility of eliminating Ontario’s discriminatory student minimum wage.

So if you’re wondering why you should care about labour law reforms in Ontario, think about your workplace and how you and your co-workers would benefit from better laws and regulations. Think about your family members working in the private sector, and what progressive collective bargaining laws would mean for them. Think about your friends just coming out of college and university, and how they would benefit from being paid for intern work. And think of all the people you know who could use a raise right about now.

Every worker deserves to have a decent work environment – unionized or not – and it appears that the government is intent on achieving this goal by reforming our labour laws for the better. But they want to hear from you. By providing the province with your feedback, suggestions, and ideas on the options outlined in the Changing Workplaces Review, you can help ensure a brighter future for all workers in Ontario. You have until October 14th. Will you make your voice heard? It's time to have your say on the labour laws you want to see.