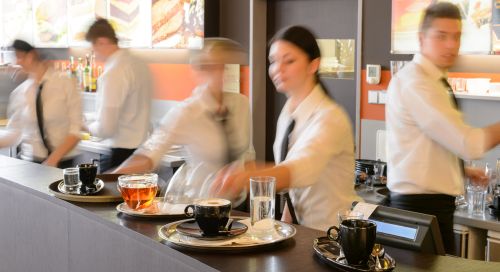 A recent poll by Forum Research, which surveyed 1,437 Canadian voters, found that nearly two-thirds support a $15 national minimum wage, while only 31 percent oppose the idea.

The poll discovered that opposition to a $15 minimum wage is highest among wealthy Canadians – people earning $100,000 to $250,000 a year – while older voters, the less wealthy, those living in Atlantic Canada and British Columbia, and Canadians with some college or university education strongly support the idea.

“It is curious that the very wealthiest, who have no need (for a $15 national minimum wage), are the most likely to object to what has been described as an adequate living wage for a young family,” Dr. Lorne Bozinoff, President of Forum Research, said in a release detailing the survey.

Perhaps more troubling is the fact that Prime Minister Justin Trudeau appears to be siding with Canada’s richest citizens on this issue. Just a few days before the Forum poll was released, Trudeau dismissed calls for a $15 federal minimum wage, arguing that his government is not concerned with “putting a little more money in people’s pockets.” Instead, the government is focused on helping Canadians succeed by giving families more money through the new child benefit, Trudeau said.

This position is misguided for a number of reasons. For starters, because consumer spending is closely tied to disposable income, workers who earn more tend to spend more in their communities. In this respect, “putting a little more money in people’s pockets” can benefit both workers and the economy. Second, the newly introduced child benefit only helps working parents, and does nothing to raise the incomes of workers who do not have children. As well, the Prime Minister is overlooking the fact that raising the minimum wage to a livable rate would reduce income inequality by boosting the take home pay of low-income workers.

Trudeau’s comments also come at a time when numerous jurisdictions across North America – from Alberta to Seattle to New York State – are enacting $15 minimum wages at the local and sub-national levels, and when public support for a $15 national minimum wage in Canada is strong.  Moreover, given that most of the jobs that are being added to the Canadian economy are part-time and poorly-paid positions, and in light of the fact that earnings per hour have stagnated, the need for a $15 federal minimum wage is arguably more pressing than ever.

With income inequality on the rise in Canada, and with most new jobs being precarious and low-paying in nature, it is time for a $15 federal minimum wage. The need for action on this issue is clear – will the government have the courage to act?