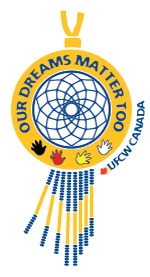 Toronto – June 5, 2018 – In Canada, the National Day of Reconciliation is observed each year on June 11 to serve as a reminder of the 150,000 Indigenous children who were forcibly taken from their homes and placed in the residential school system from the 1870s to the mid-1990s.

The date also coincides with the Canadian government's 2008 apology for the residential school system, which asked for forgiveness for the abuses that took place while the schools were in operation.

To commemorate the National Day of Reconciliation, UFCW Canada will once again be participating in the Our Dreams Matter Too walk and letter writing campaign in support of increased equity measures for First Nations children. In doing so, our union will be joining hundreds of other organizations taking action across the country to help raise awareness of Indigenous issues in Canada. The annual walk and letter writing campaign is one of a number of initiatives aimed at rooting Reconciliation in concrete action as we work towards justice for First Nations, Inuit, and Métis peoples in Canada.

As Canada's leading union, UFCW Canada has joined hands with a number of social justice organizations, including the First Nations Child and Family Caring Society (FNCFCS), that are leading the way in advocacy for Indigenous children and working towards true Reconciliation. To learn more about UFCW Canada's Reconciliation initiatives, including Local Union training sessions, workshops, and workplace poster campaigns, click here.