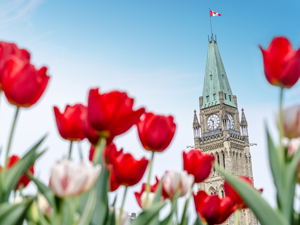 Toronto – June 21, 2017 – UFCW Canada welcomes the passage of Bill C-16, which has now received Royal Assent from the Senate. Bill C-16 adds gender identity and expression to the Canadian Human Rights Code as well as the Criminal Code, prohibiting discrimination against transgender individuals and including them within the protections provided by the hate-speech and hate-crime provisions of the law.

"The passing of Bill C-16 is a historic moment for not only those in the transgender community, but for human rights in Canada," says UFCW Canada National President Paul Meinema. "We must ensure that Canada is a nation where individuals can freely express their gender identities and live without fear of discrimination or hate. This is a very important first step, there is still more work to be done."

While there have been some gains made in the past year with provinces expanding public health coverage for gender transition-related medical care, there are still obstacles in some jurisdictions for individuals considering transition medical care and surgery. UFCW Canada recently updated the Transition-related Medical Care Scan with all Ministries of Health across the country.

According to studies, 70% of transgender youth in Canada report being discriminated against, or treated unfairly because of their gender identity. In Ontario alone, the unemployment rate for transgender individuals is three times higher than the national rate.

As Canada's leading and most progressive union, UFCW Canada remains committed to fighting prejudice in the workplace and the community, and has worked with a number of organizations to develop new resources to promote inclusiveness, including a guide to develop a Local Union Pride Committee or Pride Chapter.  To learn more about UFCW Canada's advocacy within the LGBTQI2S community, click here.