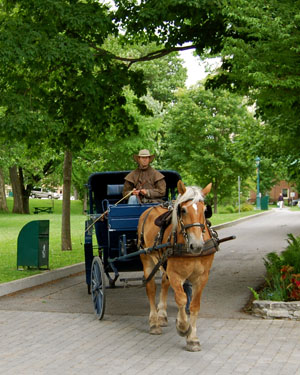 The newly welcomed 503 members provide horse carriage tours to visitors and residents of Quebec City, as well as veterinarian, grooming, and cleaning services for the horses.

During the organizing drive, workers cited financial insecurity as the main reason for joining Local 503. Employees were being paid by the tour instead of receiving an hourly wage, which made them ineligible for unemployment insurance once the tour season ended in the winter.

"We are elated to welcome this unique group of workers," says UFCW Canada Local 503 President Louise Lefebvre. "An overwhelming number of Carriages employees have chosen to stick up for their rights and improve their employment standards by joining our great union, and we are excited to negotiate a fair and competitive first contract," she adds.