Why the labour movement is so important to me 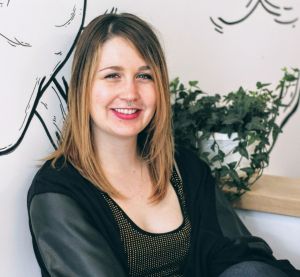 This year has been quite an exciting time for me, and it all started when I joined the bargaining committee with my union. Through this involvement, I was presented with the opportunity to attend UFCW Canada’s Young-Workers Internship Program (YIP) and the UFCW Canada National Convention in Montreal. At the conference, I witnessed first-hand how my union actively invests in young members. This was where I saw the true integrity of UFCW’s involvement in the labour movement. After being surrounded by so many inspirational people, I found myself examining my own role in the union movement.

I recently went out for pizza, and as I was paying, I casually asked the young worker what the starting wage was, which of course was minimum wage. I then inquired about the benefits they received. He responded with a chuckle and said he was not entirely sure, but probably should know. This is exactly why unions are still relevant today: they educate workers about their rights and ensure that we are not exploited by our employers. And that is not something you can expect in a non-union workplace.

While at the UFCW Canada National Convention, I had the honour of hearing UFCW International Secretary-Treasurer Esther López speak about what unions mean to her. Her speech, so full of strength and passion, captivated me the entire time I was watching. At one point she said that “we are the line between what is right and what is greed.” This clever play on the comparison between good and bad still resonates with me. As I engage in conversations and read the news, I think about that line between “the good” and “the greedy.”

We are seeing more workers becoming aware of the fact that financial security is slipping out of reach for them. But when wage cuts are proposed due to “budget constraints,” we as union activists are the line that can say “no” to such reckless greed. With the union behind us, young workers can stand up for our rights and make sure that we are paid a fair, living wage.

As CEOs continue to make millions of dollars, while those working for them struggle to pay rent, unions are the bridge between unbridled greed and a decent way of life for workers. The new face of the labour movement will be led by youth as we educate each other and fight back against corporate greed. The labour movement is our best hope for securing fairness in the workplace, and that is why it is so important to me.

Erin Elizabeth Elsner is a proud UFCW Canada Local 1400 member who works at Affinity Credit Union in Saskatoon. She is a recent graduate of the UFCW Canada Young-Workers Internship Program (YIP).