How I became a union activist 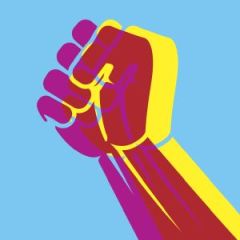 Before moving to Canada in 2008, I had always dreamed of becoming a social and youth activist. Then, in my first year of university as a human rights major, I had the opportunity to work as an advocate for the LGBTQ community through a youth-led, anti-homophobia group in Toronto. During that time, I also discovered the Students Against Migrant Exploitation (SAME) project, which raises awareness of migrant worker exploitation among high school and college students.

Working with SAME, I was introduced to the labour movement through the eyes of thousands of migrant farm workers who come to this country every year to help harvest our food. This experience made me realize that far too many migrant agricultural workers labour under diminishing, exploitive, and hazardous conditions with no pathway to permanent legal status in Canada. As a result, when I was offered the opportunity to become a Chapter President of SAME at York University, I did not hesitate for one second. I was thrilled to be able to advocate for migrant farm workers on campus by creating awareness among my classmates about the harsh realities that migrant agricultural workers face, and by inspiring young people to work towards fostering change in this area.

Being a Chapter President for SAME was an eye-opening experience. I had numerous opportunities to meet migrant agricultural workers and hear their stories. I visited various colleges and high schools across Ontario and shared these stories with hundred of students who were unaware of the challenges that migrant farm workers encounter when they arrive in Canada.

Later, in my fourth year of university, I founded the first youth-run food bank in Toronto. Day by day, hundreds of youth visited the food bank because they were unable to meet their weekly food and cleaning needs. Most of these youths worked exhaustively in precarious jobs making less than minimum wage, with limited hours and unsafe working conditions. Listening to their stories reaffirmed my heart-felt desire to join the labour movement and ensure that workers’ rights are not only enforced through legislation, but also through the strength of a labour union and strong collective agreement.

Now, as a young activist at one of the largest labour unions in Canada, I work hard to unite and empower workers by helping them join the union and improve their working conditions through a union contract. And I am extremely grateful that my work with SAME and the Youth Feeding Youth Food Bank opened the door to me becoming the proud union activist I am today.

Nathalie Vengal is a young union activist based in the Greater Toronto Area.