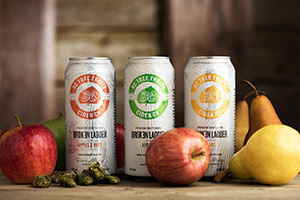 Kelowna, B.C. – January 17, 2018 – UFCW Local 247 members working at BC Tree Fruits in Kelowna, British Columbia can proudly make the claim that they produce one of the best hard ciders in North America, as their “Apples & Hops” Cider recently won gold at a major North American cider competition.

On January 5, the BC Tree Fruits “Apples & Hops” Cider won a gold medal at the 2017 North American Cidercraft Awards, where judges, experts, and restaurant buyers blind-tasted more than 300 ciders over the course of two days. Three Canadian provinces and eighteen U.S. states were represented at the competition, held in Seattle, Washington.

Roughly a dozen UFCW 247 members work in cider production at BC Tree Fruits, and this number has been growing with the success of the company’s Broken Ladder cider products, which have no added sugars and use fresh Okanagan fruit hand-picked in B.C.

UFCW Canada Local 247 represents over 12,000 members in British Columbia at employers such as Loblaw, Safeway/Sobeys, FG Deli Group, BC Tree Fruits Cooperative, and many others. To learn more about UFCW 247, visit their website.