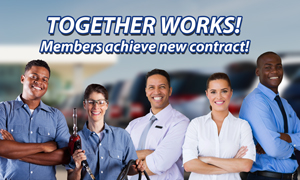 Headquartered in Thunder Bay, Ontario, Bearskin Airlines is a regional airline that connects passengers in Northern Ontario and Manitoba.

Sick day provisions have also been improved, as members can now bank up to 80 hours that can be paid out upon resignation.