Righting past wrongs: Reconciliation in the workplace and beyond 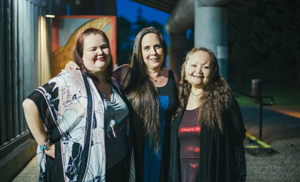 Vancouver – June 27, 2018 – Their days began at 5:30 a.m. Before breakfast, morning chores included cleaning washrooms, milking cows, and sweeping floors. After morning mass and three hours of classes, there was more work to be done. Children prepared meals for the following day, weeded gardens and chopped wood. It was forbidden to speak in their mother tongue or to interact with their siblings. If they were lucky, there were a couple of hours to play and study. Students worked more hours than a full-time worker does today. They had no sick days or weekends off. The youngest among them was five.

For over a century, the Canadian government placed over 150,000 Indigenous children in residential schools where they were subject to forced labour, physical, and sexual abuse and starvation. An estimated 6,000 died. Taken from their families, often forcibly, a third of these children would never return home.

Save-On-Foods member Dulcie August is a residential school survivor: she knows this story too well. “Most of my friends are gone now,” she says. August belongs to the Squamish First Nation and is the sibling of former Squamish Chief Joe Mathias. “My friends committed suicide or got into drugs,” she continues. “They just couldn’t handle remembering anymore.”

Shamefully, the last residential school did not close until 1996 and the destructive legacies of colonization continue to this day. The Truth and Reconciliation Commission of Canada (TRC) called the residential school system a policy of cultural genocide. Established in 2008, the TRC interviewed nearly 7000 residential school survivors. In its final report, delivered seven years later, it explained how the Canadian government accomplished cultural genocide by eliminating Indigenous governments, ignoring Indigenous rights, terminating the treaties and through assimilation causing the erasure of Indigenous people as legal, social, cultural, religious and racial entities in Canada.

The focus of the TRC was to understand the legacy of the residential school system in order to lay the foundation for reconciliation. Its 94 calls to action are not only an invitation to begin that process: they are an indictment of the inequitable relationship between Indigenous and non-Indigenous that remains ongoing. For Canada’s First Nations, colonization has not ended.

This story is part of a larger feature on Reconciliation, originally published in UFCW Canada Local 1518’s Update magazine. To read the full story, click here.