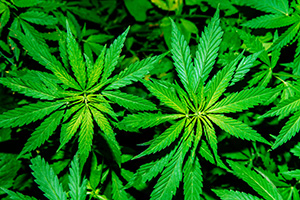 Toronto – March 13, 2019 – Workers at the call centre for the Ontario Cannabis Store (OCS) have voted overwhelmingly in favour of unionization with UFCW Canada. By winning their union certification vote, the workers have become the first union members attached to Ontario’s rapidly growing legal cannabis sector.

The fundamental issues that drove the employees to support unionization were lack of hours, lack of consistency in scheduling, and the need for job security and just cause protection. Workers first contacted UFCW Canada after learning that the union already represents thousands of workers in the cannabis sector in Quebec and the United States.

The call centre is operated by Line One Contact Centres Inc., a company based out of Calgary, Alberta. Workers at the call centre, located in downtown Toronto, provide important customer support and mail tracking services for Ontario’s online cannabis store.

Are you a cannabis worker who would like to gain the union advantage at work? Join UFCW Canada, the union for cannabis workers, and make your workplace better today. Click here to join now.