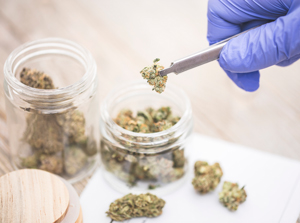 Rosemont, Que. – June 13, 2019 – Workers at the Rosemont Société québécoise du cannabis (SQDC), who have been members of the United Food and Commercial Workers since December, have voted unanimously in favour of a strike mandate following negotiations between the union and the employer.

After almost a dozen bargaining sessions, several non-monetary clauses have been settled, but the parties cannot agree on the monetary clauses. The SQDC is operated by the Quebec government and the members at the Rosemont object to  their unequal treatment and wage rates compared to employees in other government corporations comparable to the SQDC. “It is deplorable how the Treasury Board and the employer undercut the value and wages of SQDC employees,” said Antonio Filato, president of the UFCW Quebec Provincial Council. “Senior SQDC managers receive wages similar to those in other government corporations. Why shouldn’t the workers get the same?”

SQDC workers do not just sell products. The training they receive is much more focused on how to advise customers, recognize their needs and properly explain all the effects the products can have. Sometimes they have to deal with more difficult customers. The SQDC mandate is a social one, with priority on the health and safety of the customers, which puts extra pressure on the workers and involves higher customer expectations.

“The employer’s offer is completely unacceptable, because it underestimates the realities of the everyday work situation. We don’t want to strike, but this mandate was approved in order to pressure the employer and the Treasury Board to provide fair and proper wages to members at the SQDC ,” said President Filato.