Toronto Uber drivers first to apply for unionization in Canada 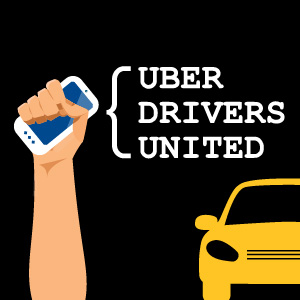 Toronto – January 13, 2020 – UFCW Canada has applied to the Ontario Labour Relations Board to unionize Uber Black limousine and SUV drivers in Toronto. The more than 300 drivers work in and out of Pearson International Airport and downtown Toronto. They could become the first ride-sharing workers in Canada to gain union representation.

Uber Black drivers in the Greater Toronto Area (GTA) have focused on three key reasons for unionizing. First, to be paid for all hours worked and have a guaranteed hourly wage. Second, to secure just cause protection and a legally binding grievance procedure. Third, to compel Uber to abide by Ontario’s Employment Standards Act and recognize drivers as employees, rather than independent contractors.

“Like all workers, we deserve the right to form a union and bargain collectively,” says Ejaz Butt, a leading organizer among the Uber Black drivers. “We have already tried every possible avenue to meet with Uber to discuss our demands, but the company has ignored us. Unionization is the only way to protect our jobs and our livelihoods.”

Like many gig-economy workers, Uber Black drivers spend countless unpaid hours every day waiting for customers, monitoring the app, and queuing at hubs at the airport and downtown Toronto. To make matters worse, Uber uses the customer rating system to unjustly terminate drivers and there is no effective complaints mechanism to hold the company accountable. A widely unknown and grossly unfair provision in Uber’s employment contracts is a requirement to pay $14,000 and travel to the Netherlands should a driver wish to dispute an unjust termination. UFCW Canada is an intervenor in an ongoing case against Uber at the Supreme Court of Canada centred on this issue.

“Around the world, ride-sharing and gig-economy workers are standing up for their rights and winning significant gains,” says Pablo Godoy, Western Regional Director for UFCW Canada and National Coordinator for Gig and Platform-Employer Initiatives. “Uber Black drivers in Toronto are now leading the charge for all workers across the country.”

The union anticipates that the Labour Board will schedule a certification vote for this coming Friday, January 17. While Uber is infamous for attempting to block worker demands with costly and lengthy legal proceedings, UFCW Canada will fight at all levels to ensure drivers are properly recognized as employees and that the company sits down to negotiate in good faith with their employees’ union.

Since launching the Uber Drivers United campaign, UFCW has become the leading voice for ride hailing drivers in Canada, signing up hundreds of Uber Black drivers in Toronto and now spearheading organizing efforts in B.C., as well as other parts of the country. To learn more about the campaign to bring justice and fairness to Uber and other ride hailing drivers, visit UFCW’s Uber Drivers United website