UFCW 1518 urges Uber, regulatory board to recognize drivers as employees 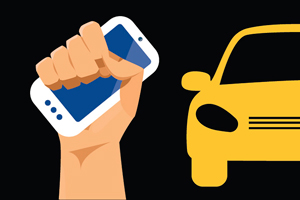 New Westminster, B.C. – September 11, 2020 – On September 9, Uber announced that they will seek approval to expand into Victoria and Kelowna, British Columbia. The ride hailing company has applied to the province’s Passenger Transportation Board for the right to operate in these cities, and the union for Uber drivers in B.C. – UFCW 1518 – is urging Uber and the board to recognize drivers as employees.

“As Uber continues to expand its services, we renew our call for the company to respect workers’ rights to join a union and to grant them the basic protections that all employees deserve, like a minimum wage and workers’ compensation coverage,” says UFCW 1518 President Kim Novak. “Ride hailing drivers across North America have been standing up to demand better working conditions and respect from their employers. Uber must treat these workers fairly and in accordance with the law if it wants to continue growing in B.C.”

Uber Black drivers in Toronto recently unionized by joining UFCW Canada and have won rulings in their battle to be recognized as employees in the Ontario Supreme Court. In California, a judge recently sided with Uber and Lyft drivers, ordering the companies to treat them as employees rather than independent contractors. In B.C., employee status would extend vacation pay, a minimum wage, WorkSafe BC coverage (workers’ compensation), and other critical benefits to Uber drivers who otherwise do not receive these basic protections.

“Across North America, a consensus is emerging that ride hailing companies like Uber and Lyft need to recognize drivers as employees of the company and afford them the same rights and protections that other workers enjoy, such as a minimum wage and the right to join a union,” says Pablo Godoy, UFCW Canada’s National Coordinator of Gig and Platform-Employer Initiatives.

“As Uber moves to expand its services in British Columbia, UFCW is calling on the company to acknowledge drivers as employees, respect their rights as workers, and treat drivers with the dignity they deserve.”

To read more about UFCW 1518’s efforts to bring fairness to Uber, Lyft, and other ride hailing drivers in B.C., click here.

Since launching the Uber Drivers United campaign in 2019, UFCW has become the leading voice for ride hailing drivers in Canada, signing up hundreds of Uber Black drivers in Toronto and spearheading organizing efforts in B.C., as well as other parts of the country. To learn more about the campaign to bring justice and fairness to Uber and other ride hailing drivers, visit UFCW’s Uber Drivers United website.