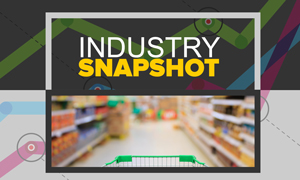 Toronto – August 3, 2022 – Despite underproducing by nearly 5 percent during the country’s latest quota period, Canada’s chicken market is up nearly 8 percent year-over-year, which is good news for domestic suppliers as import problems persist.

Issues with this quota period can be linked to climate-related flooding in British Columbia, in addition to an avian flu outbreak effecting farms in Western Canada. Despite these setbacks, demand for chicken has been strong and continues to weather exceptional price increases as a result of supply pressures.

Prices on the international market are not expected to decrease until November, when supply and demand are anticipated to balance at $3.75 per kilogram. Until then, Canadian chicken products are expected to outcompete Canada-United States-Mexico Agreement (CUSMA) and World Trade Organization (WTO) offerings by sheer price advantage. This should stabilize by the fall, when domestic supply will wane due to import pressures brought on by increasing U.S. availability.