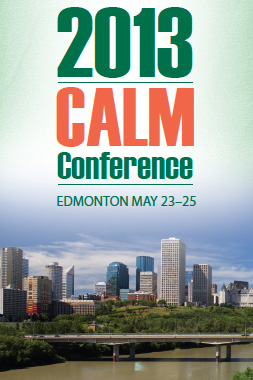 Edmonton – May 28, 2013 – UFCW Canada Local 1000A and the National Office were both awarded the prestigious Breaking Barriers Award at this year’s Canadian Association of Labour Media (CALM) conference in Edmonton, Alberta.

Normally, the Breaking Barriers Award is given to one winner, but this year – give the exceptional quality of both UFCW entries – the judges made the extraordinary decision to share the award between Local 1000A and the national office.

The Breaking Barriers Award recognizes the best “communications initiative that enhances member participation and access and overcomes discrimination.” Local 1000A won for its outstanding outreach efforts in the LGBT community, and its PRIDE campaign in particular, and the national office shared the honour for its groundbreaking retail worker campaign, ReRe TV.

The national office also took home the award for Best Photograph of the year, which features retail activist and former Zellers worker Elizabeth Folley during her involvement in public demonstration for the Ask Target for Fairness campaign.

“UFCW photos were moving & said a 1000 words,” tweeted awards judge Sam Bradd (@sambradd) in congratulating the union on its victory.

In addition to organizing the annual awards, CALM provides training, news and online services to a national network of union activists and editors.

Find out more about the Canadian Association of Labour Media.