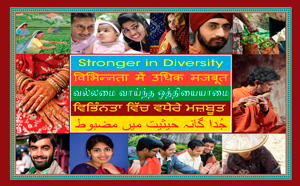 Toronto – June 13, 2013 – More than 30 UFCW Canada activists from the National Office and UFCW Canada Local 1000A recently joined other community allies in Toronto to honour and celebrate the recipients of South Asian Community Activism Awards. The awards honour South Asian community and labour activists that have made a difference to the Ontario community.

Winners of the Activism Awards included the Helping Hands – Workers’ Advice Centre which provides free-of-charge legal, employment and settlement services. The Brampton – Mississauga & District Labour Council was also acknowledged for its grassroots and community mobilizing efforts on behalf of workers in the Peel Region. Dr. Ritika Goel, who was born in India and migrated to Canada as a teenager, was also honoured for her work as a family physician and health justice activist for migrants, refugees, and the homeless.

"Canadians of South Asian descent have a long tradition of service to the community, and we, as a province and a country, are stronger because of these contributions," said UFCW Canada Local 1000A President Pearl Sawyer, whose contingent of 20 Local 1000A members and activists was joined at the event by MP Rathika Sitsabaiesan. "We are proud to support our sisters and brothers in Canada's South Asian community, whose activism, leadership and culture have enriched not only our labour movement but our communities," said Sister Sawyer.

The awards were launched for the first time this year by the Ontario Common Front.