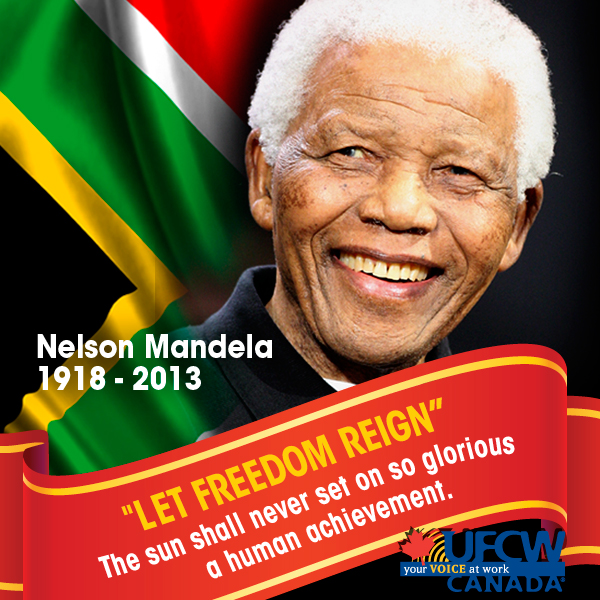 Johannesburg, South Africa – December 5, 2013 – UFCW Canada members and families join the world today in mourning the loss of Nelson Mandela, the human rights hero and inspiration for millions in South Africa and around the globe for his life-long battle against apartheid, racism and discrimination.

Affectionately known as Madiba, Mandela is revered throughout the world as the architect of South Africa’s transition from three centuries of colonial oppression and domination to a multi-racial democracy.

In 2001, Nelson Mandela became the first person in history to receive an honorary Canadian citizenship for his outstanding commitment to human rights.

"For to be free is not merely to cast off one's chains, but to live in a way that respects and enhances the freedom of others." – Nelson Mandela.