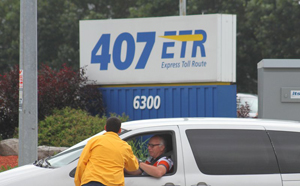 Toronto – September 11, 2013 – UFCW Canada is joining Unite the Union and social justice activists around the world in celebrating a major victory for international labour and health and safety rights.

Ferrovial was blacklisting one of its employees, a union steward, for raising workplace health and safety concerns.

Thanks to the efforts of UFCW Canada and activists around the globe, the dispute between Unite the Union and Ferrovial concerning the blacklisting of union activists has now been resolved.

“This was without doubt one of the most important disputes we have had for some time and I would like to underline our heartfelt gratitude for your support,” said Sharon Graham, Unite the Union Director of Organising, in a recent letter to the National Office thanking UFCW Canada activists for their outstanding efforts.

“Your solidarity and commitment in assisting our campaign was invaluable and was an example of the sort of international solidarity in concrete and practical terms that we need to see more of within the trade union movement.”

Throughout mid-July, UFCW Canada members led a number of actions throughout the GTA, including a demonstration at Hwy. 407 headquarters in Toronto.

“Labour rights are human rights, and UFCW Canada is very proud to stand shoulder to shoulder with any worker who is making a brave stand for basic labour and health and safety rights,” says UFCW Canada National President Wayne Hanley. “The success of this campaign clearly shows the power, importance and effectiveness of international solidarity, and we will continue to support allies around the globe who are fully committed to defending the interests and rights of workers.”