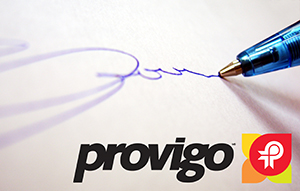 The ratification vote took place on October 15. The contract is retroactive to December 2012.

The agreement includes a 2% wage increase retroactive to December 2012, as well as annual 2% increases from 2013 to 2018 for employees at the top end of the wage scales. As for improvements, eligible employees will benefit from an increased employer contribution to the dental plan providing 80% reimbursement of dental expenses. “Created on January 1, 1975, the UFCW dental plan is unquestionably one of the main advantages contributing to our union’s enviable reputation. To date, nearly 40,000 members in Québec are covered by our dental plan, providing benefits to more than 50,000 people”, says Antonio Filato, President of UFCW Canada Local 500.

Other improvements to the agreement include:

“The members at the Granby food store have every reason to be proud of the outcome of the negotiations which were guided by their input all along the way," says Brother Filato. "The grocery sector is currently undergoing major changes due to the arrival of multinationals like Target and Walmart who want their share of the fresh grocery market in Québec. But by being members of an international union recognized for its expertise in their industry, employees at Provigo Gilbert Ouellet put themselves in a stronger position when dealing with their employer. In doing so, they have added their voice to the 150,000 UFCW Canada members in the retail and grocery sectors in Canada."