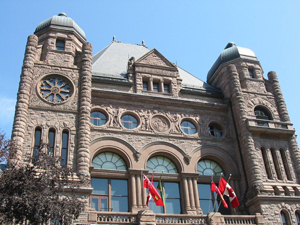 "Right now, temporary and migrant workers in Ontario are at the end of the line when it comes to protecting their employment and labour rights," says Meinema. "For decades, many migrant and temporary foreign workers have essentially been held hostage by recruitment agencies charging outlandish fees to come to Canada. The proposed ban on recruitment fees is a good move, but inspection and enforcement is crucial for it to work."

UFCW Canada acted on the advisory board to the Ontario Law Reform Commission whose report on precarious employment preceded today's announcement. Many of the proposed changes were also recommended in the report released last summer.

"The Law Reform Commission, and now the Ontario government have recognized that for many workers in Ontario, temporary work is a permanent situation," says Meinema. "For decades, we have advocated for both immigrant and temporary foreign workers faced with being shortchanged on wages, or docked wages to pay back recruiters. The proposed changes seemingly give them some recourse."