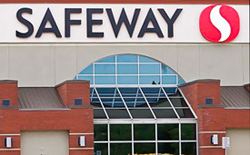 Votes were held simultaneously in Winnipeg, Brandon, Steinbach, Selkirk, Neepawa, Dauphin and Thompson. This was the first agreement for the members under new owners, Sobeys West Inc., who purchased Canada Safeway last year. The four divested stores recently purchased by Federated Co-op also voted on this agreement, as the closing date for those stores won’t take place until mid-May.

Members will see wage increases of $1.75 over four years, the elimination of two-tier scheduling, significant improvements to benefits, pension and some shift premiums.

UFCW Canada Local 832 President Jeff Traeger was impressed with how engaged the membership was during this process. “We had a strong turnout for the strike vote in February and with that mandate we were able to go back to the table and bargain a strong contract. We are protecting workers for today and tomorrow,” stated Traeger.

The new agreement is effective immediately and will expire six months before the Loblaw agreement that was ratified last October. Loblaw members ratified a new five-year agreement in 2013.